Hey, hey, people! It’s good to be back. While trying to digest the real-life nightmare we are in that is the government shutdown, I’ve arrived at really the two most sound survival techniques that I can see. The first is to watch Cardi B’s Instagram video from yesterday denouncing the rationale of Shutdown: Trump Edition versus that of Obama’s a couple or thirty times, and the second: review SATIRE! In a time where SNL sketches are truly less ridiculous than TV news reports (though this is nothing new for Fox), it may be more necessary than ever to delve into works employing satire, irony and exaggeration in search of some answers about our reeling society.

I had the pleasure of getting together with someone who did just that. Andy Scott is the creator of the new satirical webseries called Coolade, which premieres tomorrow, Friday the 18th, which MEANS that the nature of my exclusivity and prowess has landed you an inside scoop! Congrats. Andy wrote, directed and produced all three episodes (are you done, Andy? Because now we all feel bad about our naps, which is frankly insane considering how the opposite we felt about them at the time) that each present their own amusing scenario of a cult-like organization at work. I’ll explain: one of them is set at gay conversion therapy, which is a concept that will go down in history, if it hasn’t arrived already, as existing purely to create great sketch comedy. I’m convinced. Like, they can’t be serious, right? The other two episodes are equally delightful looks into, for one, a prophet who predicts an apocalypse using a secret, hipster-worshipped beverage (hint: it smells like an August compost bin and rhymes with “rombucha”) and for the second and my personal fave episode, a pyramid scheme coven! Spooky stuff so far away from Halloween, Andy! 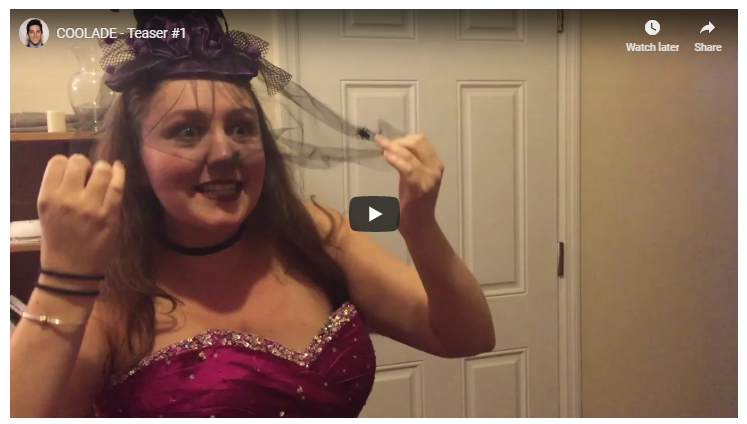 Though it is not in fact October 31st, one can still get a fairly good fright from the downright demonic events and people present in today’s political climate. That makes works like the Coolade series and others that aim to poke fun at such conventions, their conspirators, and their followers, so important to take in and analyze. Plus, it’s fun and it’s not a spreadsheet or something. Satire, Andy said, “can tell a small story to examine a wider societal issue.” In Coolade’s case, Andy and his co-writer Gina Doherty focus on “conformity and blind leadership,” as an issue, which (I love when this happens) explains the project name! Drinking the Kool-Aid, duh.

A specific example of how they do this is the episode set at a sort of “straight camp” that I mentioned earlier. “At one point, I knew that I had to develop a dark comedy about gay conversion therapy – because if you look into it, it is absolutely ridiculous. But from there, I began to flesh out why exactly this fascinated me. It is blind leadership – it is telling someone that they are wrong and you are the only person that can fix them. That is actually how many cults seem to form, in general. That, and why people conform to extraordinary ideas, are both sitting at the root of each episode,” Andy explained, at which point I realized that he was right, I was wrong, and he was the only hope for both my personal future and that of our generation’s. I’m not sure I’m grasping his point correctly. He continued: “The ground we set out to cover with each episode is how people grasp at leadership and follow cues, no matter how extreme the costs are, and how easily people are manipulated when they are desperate for answers,” and then I decided that I would do literally whatever it took to be his friend and strive to earn his approval each day until I died. Fuck, am I getting this right?? 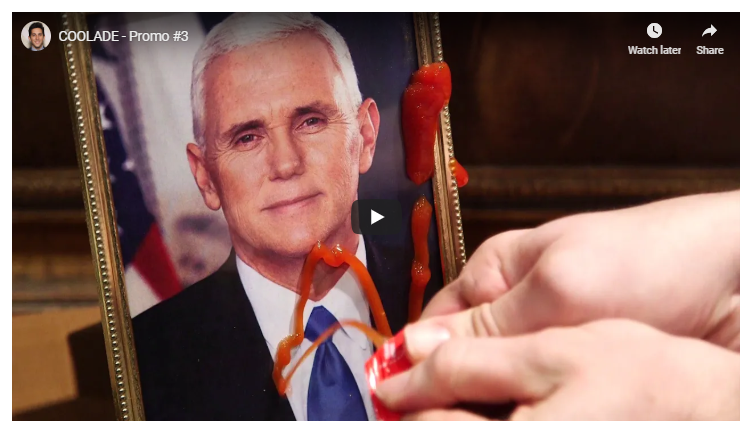 Satirical works, though by definition exaggerations, derive from real reactions of people’s experiences in a society. The idea is to take from them what you will in an attempt to find the truths that lie within outrageous material and scenarios. “Despite all of the current bashing of journalists and other truth-tellers, we have to still be like our kids in the backyard, lifting the big rocks to look at the bugs crawling underneath,” Andy stated, sparking in me a memory of developing my first crush on a boy when we were digging for worms together. He was my cousin’s cousin on their other side, so as a ten year old not super clear on incestual gray area, I was giddy but cautious. Never having come to any conclusions about the aforementioned gray area well into my teens, we ended up bumping uglies Thanksgiving Eve 2014. Regardless, Andy’s take on satire as only one component of the brilliantly campy Coolade storylines leaves room for him to play with other comedic tools, and find inspiration in unexpected places. When asked about his two biggest satirical influences, he called out The Twilight Zone, and Rupaul’s Drag Race, though he knows they are “strangely different.” He commends each program for their ability to “play with irony as constructive social critique, in their specific ways.” No argument there, bud.

Finally, in asking the behind-the-scenes entertainment trifecta Andy Scott about his next steps in this endeavor, he announced hopes to continue to pitch this idea, “because these first three premiere episodes are just the beginning of all the different kinds of organizations and cults we can cover.” Oh, we believe you, Andy. There’s got to be one on SoulCycle and Game of Thrones. In fact, I think there’s one on my block.

You can catch the premiere of the all-new Coolade webseries Friday, January 18th, 2019 on YouTube and cooladeseries.com. 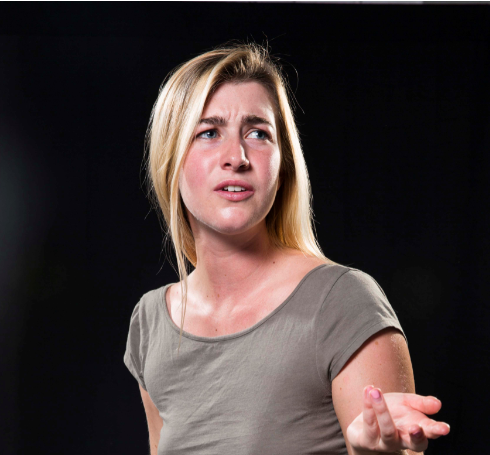 This is a photo of Ellen’s face if you were to say you were not coming to see her host Friday Eve Comedy Show at Stand Up NY next Thursday night, January 24th at 10pm.