We live in a paradoxical world. Cities are banning plastic straws, but machine guns are A­OK. It’s cool to pop opiates if they’re prescribed, but don’t you dare touch that green stuff, Cynthia Nixon.

The most prevalent and perhaps the most important societal paradox that deserves our utmost attention is the fact that normal, everyday people are—and I shudder to say it—are now calling themselves nerds to seem cool.

I’m not saying all nerds are phonies. I’m just saying that buying a Dark Knight poster and downloading a few comics doesn’t make someone a Batman nerd. Being a nerd is less casual than that.

So what does it actually mean to be a nerd? How can we tell if someone is a nerd if everyone else is claiming they’re nerds as well? To answer these crucial questions as nerd culture bursts into the mainstream, we should look back to see who the real O.G. nerds are.

Patton Oswalt wrote an article for Wired on the deterioration of geek culture. In the article, Oswalt relates the Japanese word otaku—meaning one who has “obsessive, minute interests”—to nerds such as himself.

Oswalt says that traditional geeks have obsessive, minute interests in the things they like. It could be a comic book series, a movie, an underground band, or cats.

However, Oswalt believes that due to the internet, the depth and meaning of otaku—as it relates to nerds—is stripped away. Thanks to the world wide web, all it takes now is a quick Google search to find The Green Lantern’s backstory and *boom* you think you’re a super nerd.

Well it wasn’t that easy for the O.G. nerds back in the day. These are the nerds who had to wait for the next issue of Watchmen to come out instead of downloading it onto their computer. In the time these O.G. nerds spent waiting for the next issue, they went back, re­read, and studied the old issues. They didn’t have the convenience of the internet—they had to work with what they physically had.

Comedian Tom Franck is an O.G. nerd and deserves the same kind of respect Oswalt calls for in his Wired article. Franck grew up in the time of having to wait for the next episode of that super robot show. In fact, he is a renowned collector of Japanese robot toys. Here’s a video of Franck showing—with an obsessive and minutely detailed explanation—his robot collection.

That’s as otaku as otaku gets, ladies and gentlemen.

O.G. nerds deserve respect not only because they’re passionate enough about their interests to explore them in obsessively, but also because they do it against the flow of the mainstream. Not following the mainstream is what made nerds uncool. They rejected the norm and obsessively studied their quirky personal interests.

So where are the nerds now? They’re still out there—some are probably just a little harder to find. Your Average Joe might be able to name every Avenger, but a true O.G. might be familiar with every comic backstory to every Avenger hero ever written from every issue.

This can be applied to people of different interests as well. It’s nice that Average Joe might know the names of dog breeds, but can he look at a mutt and tell what breeds are mixed in?

I am not a nerd. Maybe one day I will find something I can go otaku­crazy for—but currently, I cannot make claim to nerd culture—as it is not my own. I understand that there’s no shame in that. But most importantly, there’s no shame in being an O.G. nerd.

On Thursday, October 4 (right after the first day of Comic­con!) Stand Up NY will host Tom Franck’s comedy series “Comics and Comics”—which features O.G. comic nerds. Franck, the creator of “Comics and Comics”, is a seasoned comedian with appearances on Comedy Central and SyFy. Reserve your FREE tickets here!] 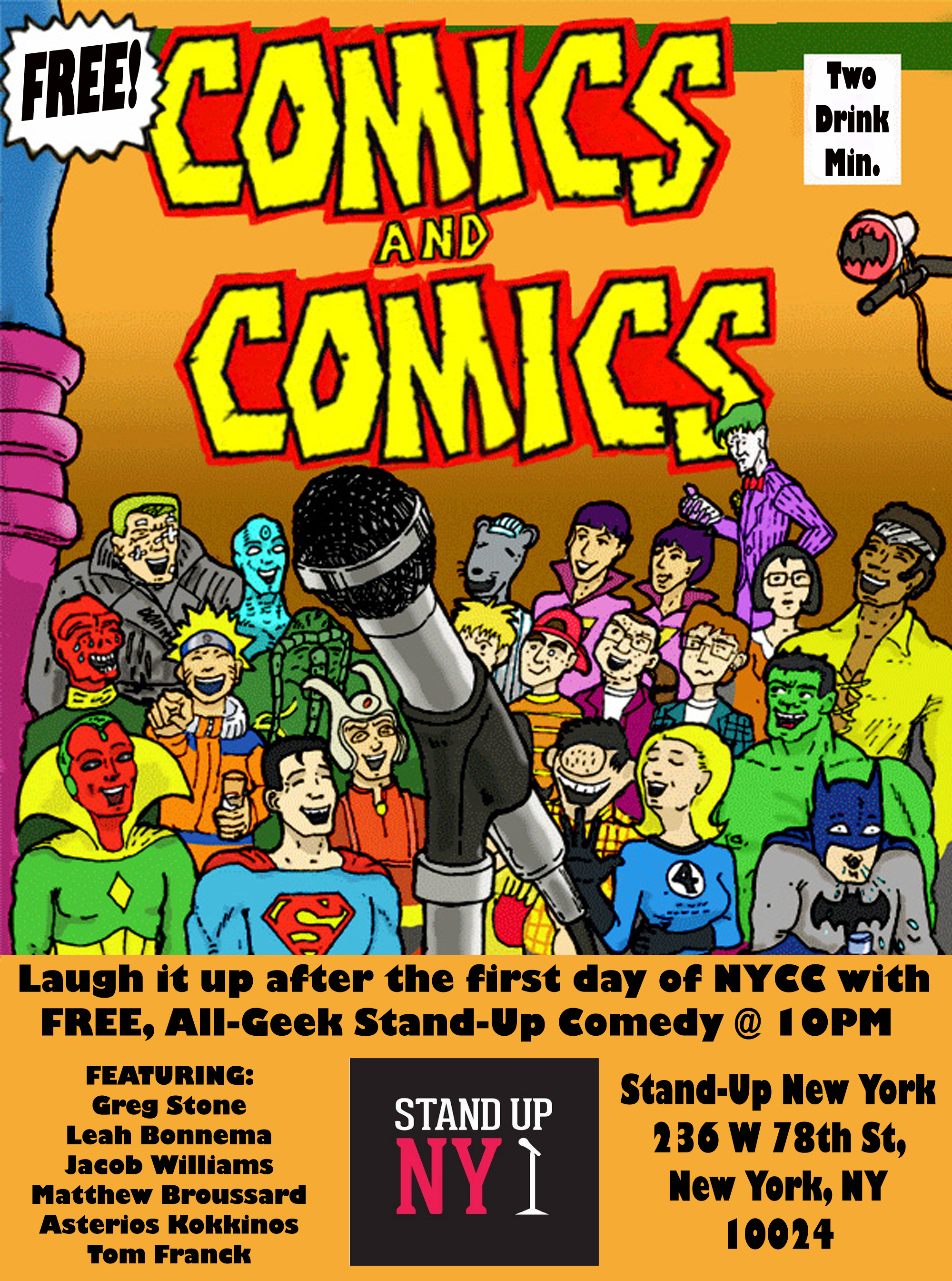 Written by Will Flaherty