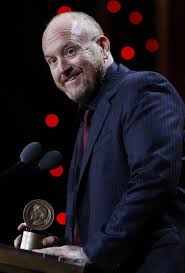 At the myriad of notorious comedy clubs scattered across New York City, it is part of the game for big-name comics to drop in unannounced for a set. Before they can grace the stage, however, it is under the discretion of those running the club that night–be it a booker, manager, owner, whoever ranks highest–whether their stage is one that needs any gracing. With Louis C.K. evidently back on the scene, and executing that surprise-visit technique flawlessly, the protocols for this drop-in method become, well, a bit more blurred, and a lot more dependent on who is making the decision.

When looking at C.K.’s talk-of-the-town rebirth at the Comedy Cellar the other week, he was reportedly welcomed back with open arms, as shown by the club owners who were comfortable with having him and the crowd who gave him a standing ovation. The Twitter world’s uproar was largely to the opposite effect. The consensus is that his “time to listen” has not nearly been long enough nor filled with any sort of restitution. The fact of the matter is that just like each audience–from comedy club patrons in the flesh to Tweeters to fans in general–is comprised of differing opinions, so is the workforce of a comedy club. If and when C.K. strolls in to do a set at our club, his request to perform will receive a different answer depending on the night.

So what is the role of a booker or owner in this situation? The stage is a vessel, a platform for art, opinion, thought, trial and error. Is it the club’s duty to bring even a controversial comic on stage for the sake of keeping the flow of said vessel? How does that reflect on the club as a whole, from reputation to revenue?

In a post on her take on the situation, one of our bookers concluded that though she is not a “judge, jury, cop, or ‘comedy’ police” she definitely reserves the right to say ‘no’ if Louie were to walk in and ask to jump on stage. “I wouldn’t make a scene, I wouldn’t call attention to it. I would simply say, ‘I’m afraid it’s not possible,’” she wrote. However, if it were, say, a Tuesday instead of Thursday, with a different set of staff on deck and a different person at the top to say yay or nay, our audience would be hearing some new, hot-off-the-presses C.K. material that night.

There are a couple takes on this that can be outlined immediately to support a yes or no answer to a drop-in by Louis C.K. Both want to ensure that “vessel” concept of the stage. For one, we want to foster a creative, kick-ass space for comics to spit their stuff, perfect it, play with it, and give an audience a night out to remember that they know they can relive any night of the week just by coming in. We want to provide enjoyment, excitement, entertainment. That partially means creating a safe space for that creativity to flow, for that enjoyment to be had unapologetically. One could say C.K. definitely compromised and may continue to compromise the safety of a working environment. Who are we to let him in to jeopardize it again? On the other hand, some say that #MeToo offenders, namely Louis C.K., should be able to “serve their time and move on”. A considerable number of folks are hankering to see Louis back in the comedy game, and who are we to deny audiences that if he is ready to give them a show?

So where does that leave the audience, the unsuspecting patrons of the club on any given evening? Many on Twitter say, if you are a champion of #MeToo-related causes, that it is your obligation to get up and leave if you were to be a member of an audience like the one at the Cellar who received C.K. the other week. I can’t help but wonder, though, if that expectation is a little far-fetched. Imagine, you’re at one of the most acclaimed comedy clubs in the city–maybe the world–and the once-adored now-social-pariah from whom no one has seen or heard in the comedy realm for months appears before your very eyes. Everyone around you gets on their feet. What is he going to say? You’re going to be one of the people who takes in the jokes of his very first comeback set. But, you know he did some really shitty things and put a number of women in what you can only imagine were really shitty situations, sometimes even in the workplace environment. What has he done in his time served to repent for the wrong he’s done to these women? How long has it even been anyway? Oh well, everyone around seems fine with it, and I may miss out on something if I leave.

Anyone getting deja-vu here? Louis put the Cellar audience that night in the same position as those women in the room over the years. The option is there to refuse, to say no, to “just leave”. But there is more to the equation than that. You feel like you ought to stay. Here he is, back from his sentence, whether you find it way too short or too long or just right, wielding that same power. If you were in the audience, what would you do when Louie stepped under the lights?

I agree with you. The obvious thing to do when you hurt people and disappear for a while is to return and talk about what you learned and tell people how you are going help victims and others going forward. That hasn’t happened here or with ANYONE who has been accused. https://t.co/Bd6pb7E3SQ

More importantly to the theme of this particular blog, would you feel like it is the club’s responsibility to not put you in that situation in the first place?

Louis being back on stage and the way he chose to go about it no doubt raises ample amounts of contrasting emotions and opinions. The decision-making is no longer just reserved for ownership. As a patron, as a booker, as an owner, as a general fan with a voice, what are you going to do when Louis C.K. inevitably calls? Trick question: he probably won’t call to let you know he’s on his way. He’ll just drop in.